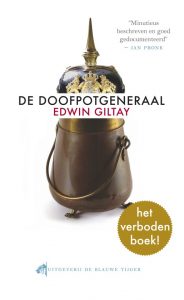 De doofpotgeneraal (The Cover-up General) is a non-fiction thriller by Dutch whistle-blower Edwin F. Giltay, published in 2014. It is the account of an espionage scandal he witnessed in the late 90ies, while working at an internet service provider. Rival factions within military intelligence were embroiled in a tug-of-war, relating to the notorious film roll of Srebrenica.

The book was banned a year after its publication, once a former Defence employee took legal action. However, The Court of Appeal overruled the verdict and The Cover-up General was relaunched in late 2016. It garnered press coverage in over 35 countries and received 4- and 5-star reviews.

Despite the book ban having been lifted, several authorities have not yet acknowledged wrongdoing on their part. Mr Giltay is currently exploring several possibilities in order to hold responsible parties to account.

For further reading, visit thecoverupgeneral.com. A selection of global publicity can be found here. 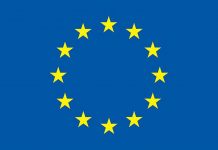 No Cover-up goes to Brussels 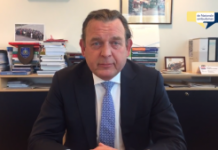 The concrete wall of not giving a hoot